Home
>
Blog
>
Page 8
As you walk through Valley Relics Museum, many items stand out. For a few theater buffs, the bright glow of seven particular letters stands out the most. Hard to miss but easy to enjoy, T-I-F-F-A-N-Y glows overhead as a fine reminder of another one of LA's lost treasures; the Tiffany Theater. The Tiffany Theater opened
read more
William Morris ("Willie") Bioff (1900 – November 4, 1955) was an American organized crime figure who operated as a labor leader in the movie production business from the 1920s through the 1940s. During this time, Bioff extorted millions of dollars from movie studios with the threat of mass union work stoppages and was also a
read more
Did you know that the Valley Relics Museum holds hundreds of rare documents, photographs, ledgers and diaries from the early pioneers of the San Fernando Valley. Here's an example from the town of Lankershim. (North Hollywood)Alfred H. Prince and his family settled in 1893 in North Hollywood. Mr. Prince came to the valley in 1890
read more
What a amazing turnout! I would like to thank everyone that was involved and allowing us Valley Relics to be a part of this wonderful movement. NoHo’s City Councilmember Paul Krekorian and the North Hollywood community unveil L.A.’s newest—and one of the city’s largest—public murals, the “Vintage North Hollywood Mural,” a 9,000-square-foot artwork that will cover the Whitsett Slope. The mural brings to fruition years of community planning and collaboration to beautify the slope and honor North Hollywood’s rich history and contributions to the development of Los Angeles.
read more

CLOSE
This popup will be closed in: 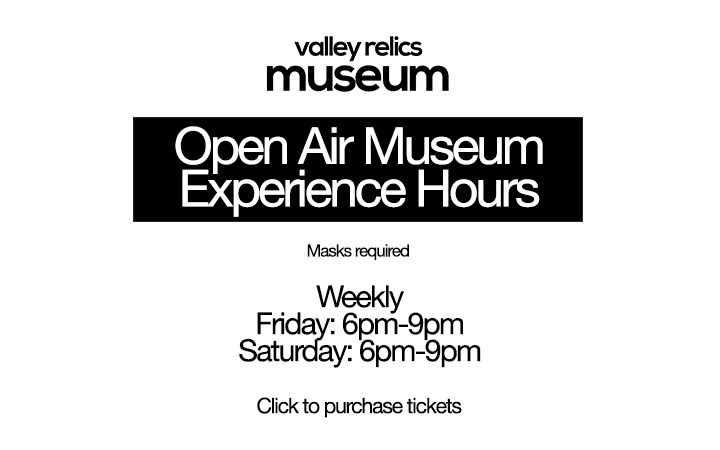