An Evening with Luis Coronel (Unplugged) 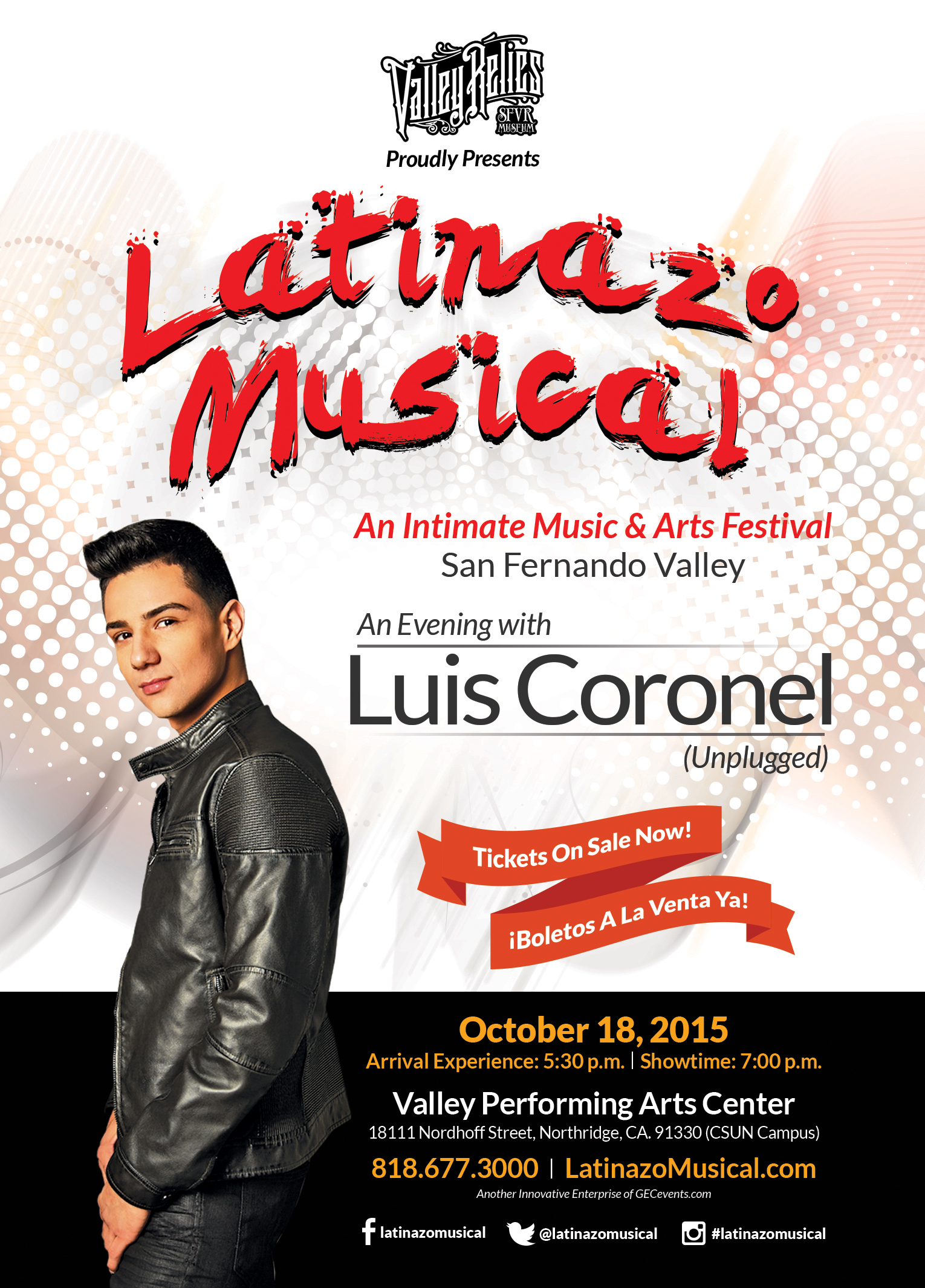 Valley Relics Museum is proud to present Luis Coronel in concert on October 18 at 7pm at the Valley Performing Arts Center.

LATINAZO Musical kicks off it’s series of concerts in the San Fernando Valley at the Valley Performing Arts Center on the campus of Cal State University Northridge (CSUN). Latin Billboard Music Awards Nominee, Luis Coronel will be presenting a unique unplugged concert that will include an on stage interview, an interactive arrival experience for attendees composed of street artists and visual elements creating an intimate music and arts festival that will begin at 5:30pm.

Luis Coronel is enjoying a meteoritic rise in the world of Latin romantic music, taking home four awards, including “Red Hot Artist” at Univision’s recent Premios Juventud which aired live from the Bank United Center in Miami. With his release of his new “Nada Mas Por Eso” (Because of That), Coronel is set to win over bilingual, bicultural and mobile-minded millennials. He performed recently to a sold out concert at LA Live’s Microsoft Theater, appeared on numerous television shows and has over four million Facebook fans. His YouTube channel videos have more than ten million views.