In 2012, The San Fernando Valley Relics Museum was able to carefully take down and save a popular local restaurant sign called The White Horse Inn. Along with the door and a Coppola that sat on top of the restaurant. What would seem like items that would have been forever buried and lost in the depths of wasteland, is a treasure to the Valley community and to the museum. 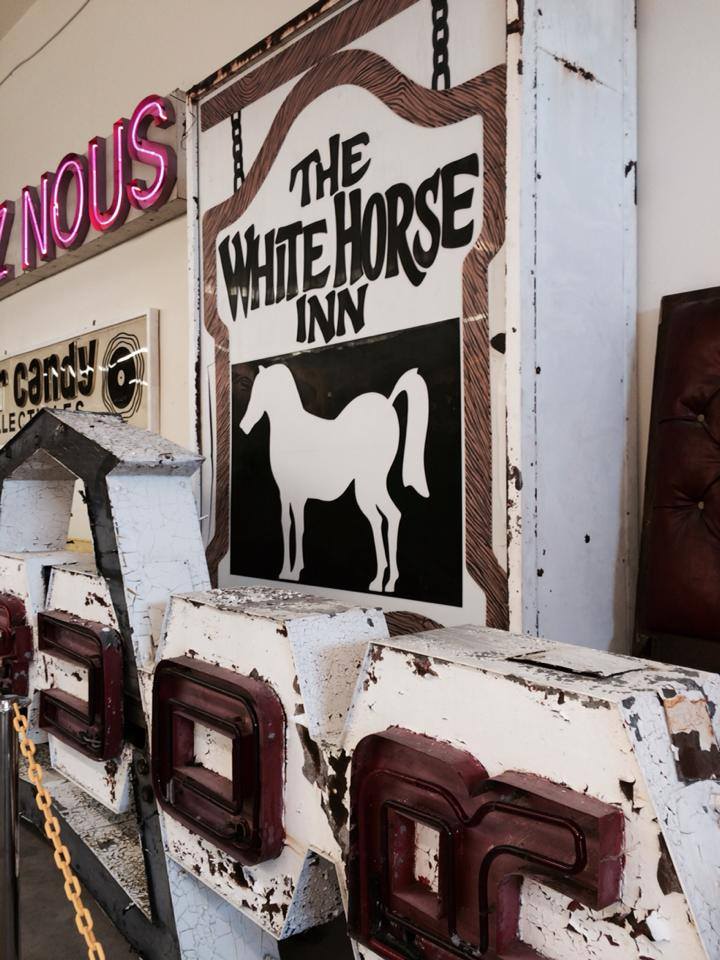 From just a Facebook post question about a matchbook with the restaurant's logo of a white horse, brought forth a chain of comments. Those who had memorable moments and milestones at the White Horse Inn, were sharing their stories. From celebrating a big 16th birthday to having drinks with late Jerry Dunphy (once a Los Angeles TV News Anchor). It was a place where parents can get away from their crazy busy adult schedule and  just relax or a nice place to take someone on a date. Even those of daughters and sons have commented how a family member of theirs used to work at the restaurant.

Many old local newspaper articles, tells the origin story about this restaurant and the family who built the business. In a 1967 article, “Success Rides a White Horse” the legacy starts out in Des Moines, Iowa with David Evans building a restaurant business from the ground up. At that time, seven course meals were made only costing at 25 cents to 45 cents each. The Evans family caught the business bug after the success with the restaurant in Iowa. Later, grand-son, Louis J Evans moved out west to California and became a general manager for a successful chain restaurant.

Later on, Louis’s son, Louis D. “Lou” Evans, then worked in that same successful chain in the kitchen and eventually opened up his own restaurant, “The White Horse Inn” in 1958. Instantly this restaurant gained popularity. In 1960, Lou had to expand the size of the restaurant to have more seating areas for the customers. Lou later brought in his two sons Dave and Tony Evans in the business. In 1964, he turned over the keys to the two sons, packed up some suitcases, and took the wife away to a cruise to Asia. From then on the brothers took care of the White Horse Inn business. Following in their family footsteps and running a good restaurant. They eventually opened up another pretty successful restaurant called “Talk of the Valley” in Van Nuys. In which not many people knew that the two brothers were the owners of. 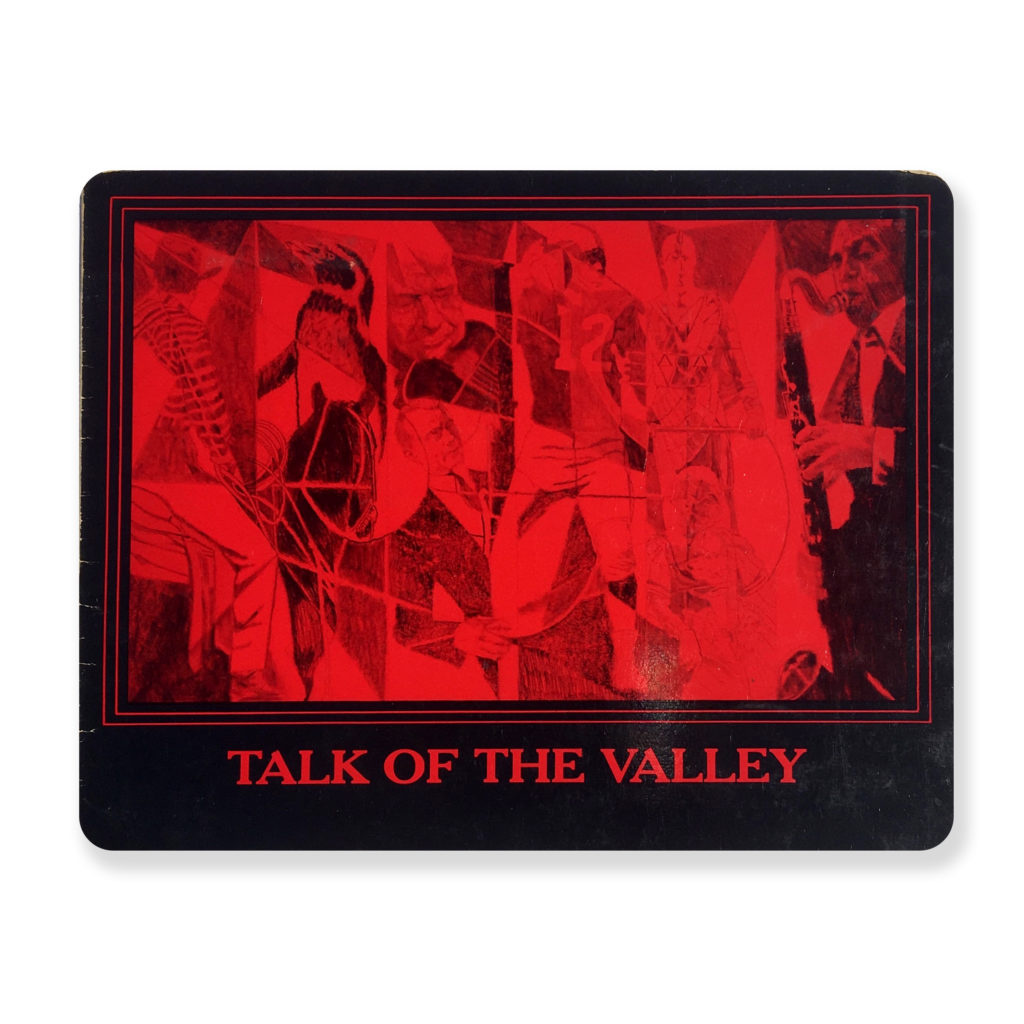 Not only was The White Horse Inn great for it’s delicious food and it’s affordable pricing, but the service was equally up to par. The way the restaurants service took care of their customers convinced many in coming back. But like anything good, it doesn't last long and always comes to an end. In 1997, the restaurant shut its doors due to the rapid economic changes and the growth of others businesses. Competitive bigger franchises, and road constructions-- slowed the The White Horse Inn business. Many people didn’t even realize that this gem of a restaurant closed it’s doors until our post about the matchbook.

Luckily, we were able to save and preserve some those memories and history with the huge bright white sign now sitting inside the museum. Thanks to Dave Evans, we also have the actual menus and business cards from the restaurant. Adding the nostalgia.