If the man above doesn't look familiar, take a look at this:

This PSA, made on Earth Day, 1971, stars a man once dubbed "America's Favorite Indian;" Iron Eyes Cody. The final image of a single tear being shed has made its way across numerous platforms, reaching iconic level rather quickly. The ad's success garnered a position on the Ad Council's "50 Greatest Commercials of All Time," with its star performer being a popular face for Native Indians. And yet, the man himself was anything but.

Iron Eyes Cody was born Espera Oscar de Corti on April 3, 1904, in southwestern Louisiana, to Sicilian immigrants Antonio de Corti and Francesca Selpietra. As a teenager, he and his two brothers traveled with their father to Texas, and then eventually California, where they would begin acting under the new surname Cody. Accounts differ on the reasons behind adopting a new persona, but Iron Eyes was born, inventing a history for himself that would correlate with his new identity. He claimed he was descendant of a Cherokee father and Cree mother, born under the name "Little Eagle." With his distinct looks, Hollywood sought no reason to question his heritage. All accounts of Iron Eyes Cody's history was provided by the man himself, though he often changed his place of birth when providing documentation. Despite the lack of a true Native American heritage, Cody was well-known for living as though he were, both on and off screen.

Beginning in the early 30s, Iron Eyes appeared in over 100 films. His looks were highly sought after by producers and allowed him to carve quite a name for himself, often serving as the "noble Indian." He worked alongside big names such as John Wayne, Steve McQueen, Colleen Moore, and Richard Harris. Cody's portrayal of Native American characters was so convincing to some in Hollywood, he was often hired as a consultant to feature films and television programming, providing insight into tribal history and customs. Hollywood made him out to be one of its most famous (and possibly favorite) Native Americans.

Not all were convinced, however. Several real Native Americans in the industry began expressing doubt in Iron Eyes' authenticity, noting inconsistencies in his stories and questionable heritage. This was eventually confirmed when a Louisiana journalist traveled to Cody's hometown, discovering in an interview with his family that he was, in fact, 100% Italian. The story was held off for quite a bit of time, for fear of tarnishing the image that had been created by Iron Eyes (as well as the embarrassment that would follow), but eventually the story hit the press and the star's cover was blown. Despite this, Iron Eyes Cody stood in strong denial of the facts. He continued to claim he was of full Native American lineage for all his days to come.

Iron Eyes Cody passed away in January of 1999, at the age of 94. He remains buried in the Hollywood Forever Cemetery and is survived by his adopted son, Robert, whom he took in with his late wife, Bertha "Birdie" Parker. Robert is a well-known Native American flutist and pow wow dancer.

A lot can be said of Iron Eyes Cody. His immersion into Native American culture is viewed as both inspiring and insulting. The Hollywood Native community honored Cody for his contribution to Native American representation, but took care to note his non-Native heritage. His passion and involvement in Native American causes was much appreciated, but his absolute denial of his own lineage merely served as confusion. Did he truly believe himself to be one of them, or was the image he had self-created that important to him? The truth may never be known.

Whether through deep spiritual connection or pure delusion, Iron Eyes Cody lived his life as he saw fit. He chose his own story and stuck to it until the very end. As homage to "his people," Cody left behind a spiritual prayer, written:

Oh Great Spirit whose voice in the winds I hear,
And whose breath gives life to all the world, Hear me.
Before you I come, one of your many children.
Small and weak am I.
Your strength and wisdom I need.
Make me walk in beauty.
Make my heart respect all you have made.
My ears to hear your voice.
Make me wise that I may know all you have taught my people.
The lessons you have hidden in every rock.
I seek strength, not to be superior to my brothers.
Make me able to fight my greatest enemy myself.
Make me ready to stand before you with clean and straight eyes.
When Life fades, as the fading sunset, may our spirits stand before you without shame.

Hollywood is no stranger to racial substitution, but the process doesn't usually extend beyond the performer's role. Iron Eyes is a rather unique case, the validity of which is held to much interpretation. As you ponder, take note that one of Iron Eyes Cody's hair pieces sits behind a glass at the Valley Relics Museum. 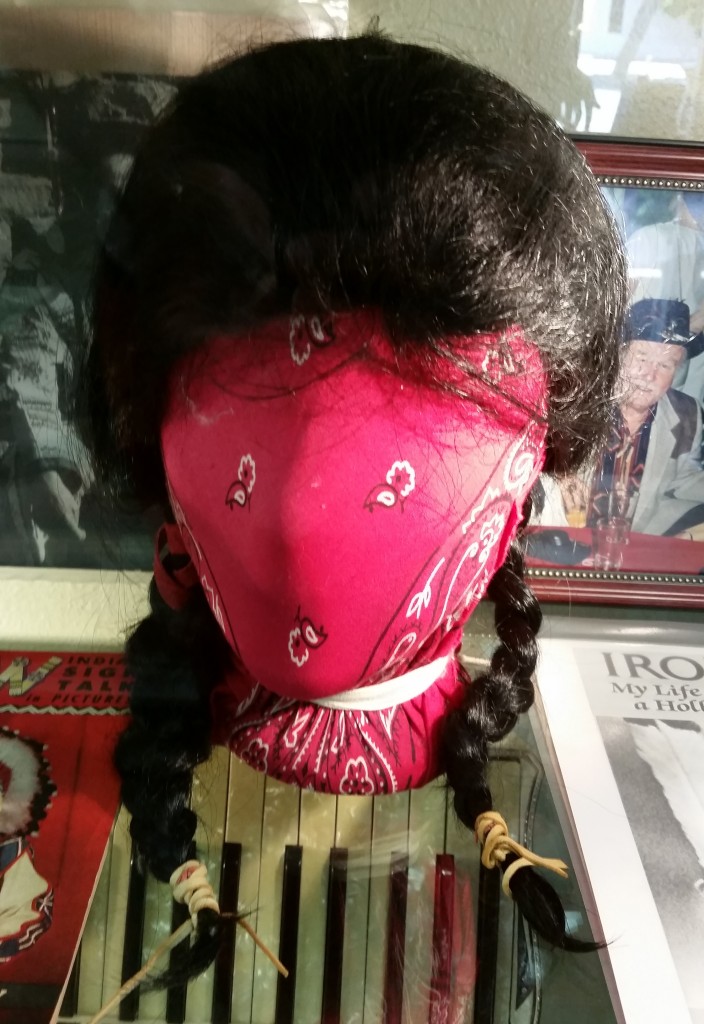 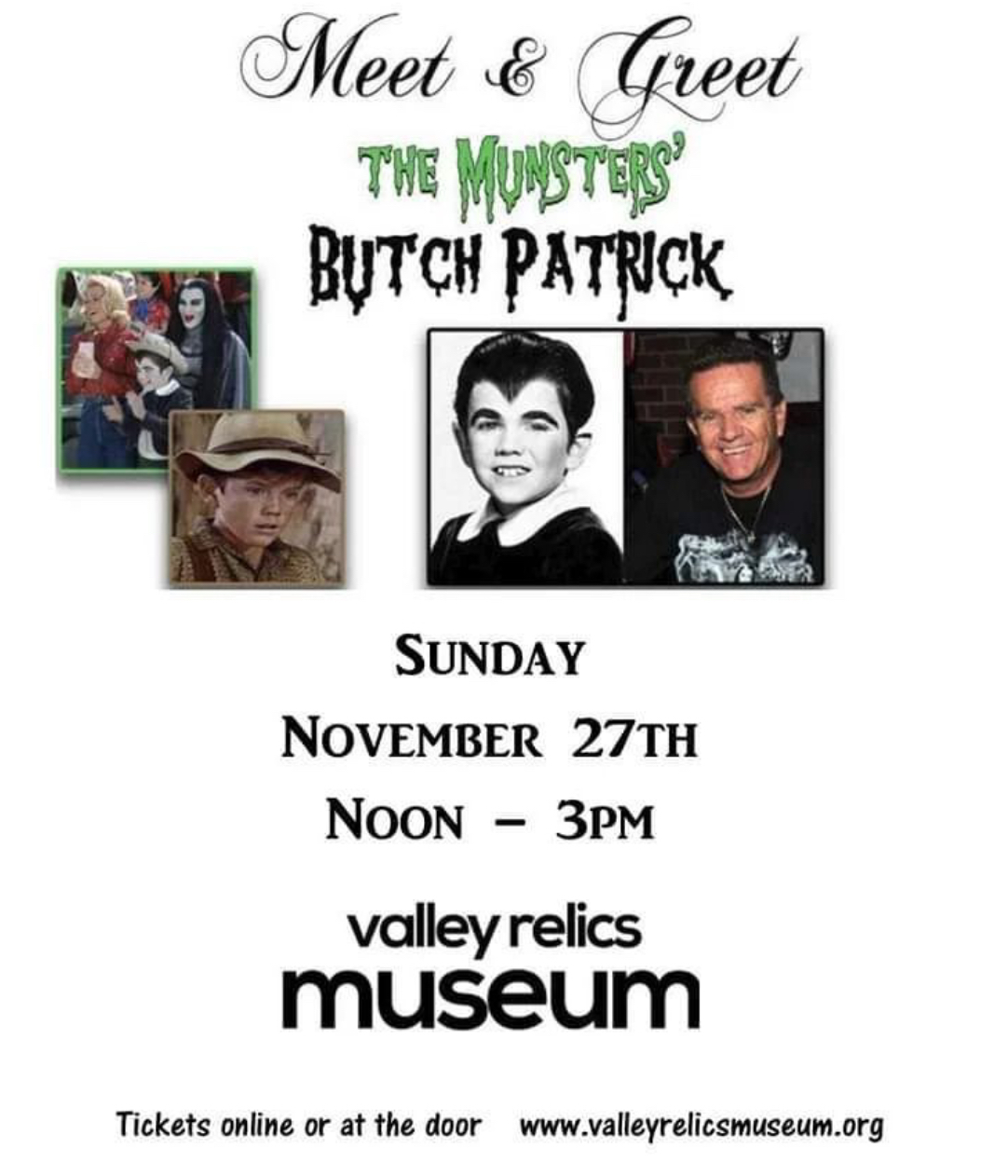